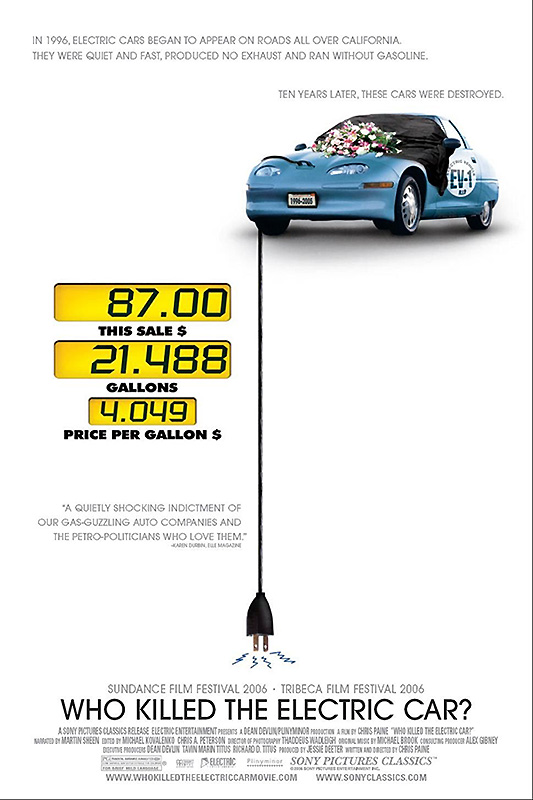 When you see this movie you understand why people are changing to electric cars today.
Below content is also published on Wiki. Please click on the picture to see more.

The film deals with the history of the electric car, its modern development, and commercialization. The film focuses primarily on the General Motors EV1, which was made available for lease mainly in Southern California, after the California Air Resources Board (CARB) passed the Zero-emissions vehicle (ZEV) mandate in 1990 which required the seven major automobile suppliers in the United States to offer electric vehicles in order to continue sales of their gasoline powered vehicles in California. Nearly 5000 electric cars were designed and manufactured by GM, Toyota, Honda, Ford, Nissan, and Chrysler; and then later destroyed or donated to museums and educational institutions. Also discussed are the implications of the events depicted for air pollution, oil dependency, Middle East politics, and global warming.

The film details the California Air Resources Board’s reversal of the mandate after relentless pressure and suits from automobile manufacturers, continual pressure from the oil industry, orchestrated hype over a future hydrogen car, and finally the George W. Bush administration.
A portion of the film details GM’s efforts to demonstrate to California that there was no consumer demand for their product, and then to take back every EV1 and destroy them. A few were disabled and given to museums and universities, but almost all were found to have been crushed.

The film also showed the failed attempts by electric car enthusiasts trying to combat auto industry moves, and save the surviving vehicles. Towards the end of the film, a deactivated EV1 car #99 is found in the garage of Petersen Automotive Museum, with former EV sales representative, Chelsea Sexton, invited for a visit.

The film also explores the future of automobile technologies including a deeply critical look at hydrogen vehicles, an upbeat discussion of plug-in hybrids, and examples of other developing EV technologies such as the Tesla Roadster “

Released on the market two years after the film. 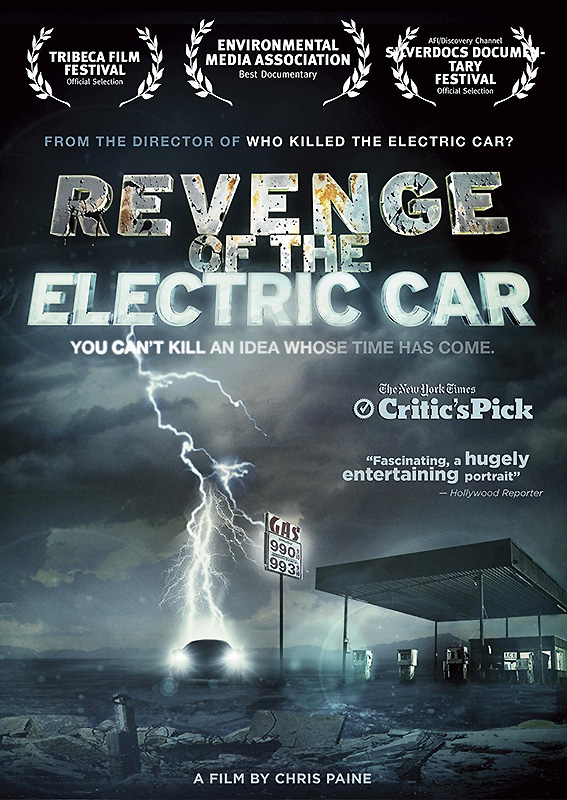 Revenge follows four entrepreneurs from 2007 through the end of 2010 as they fight to bring the electric car back to the world market in the midst of the 2008 Global recession. The protagonists are Bob Lutz from General Motors, Elon Musk from the American start-up Tesla Motors, Carlos Ghosn from Nissan, and Greg Abbott, an independent electric car converter from California.

Whereas the 2006 film Who Killed the Electric Car? ended with the destruction of nearly 5,000 electric cars from California’s clean air program, notably the GM EV1, the new film features the birth of a new generation of electric cars including the Chevrolet Volt, the Nissan Leaf and the Tesla Roadster.